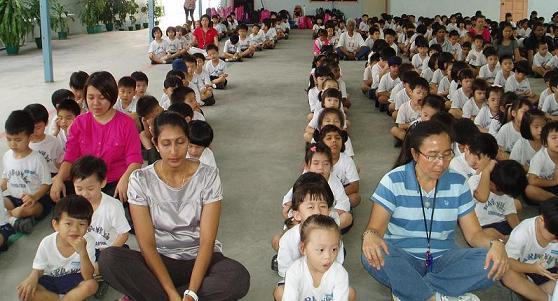 Posted at 08:51h in Meditation with Children by WCCM Malaysia

In January 2008, two of us, Celena Vytialingam and Christina Angeline Joseph attended a Workshop in Singapore led by  Fr. Laurence Freeman on “Christian Meditation and Sharing it with  Children”.  Sr. Dorothy explained that it would help us as Catechism teachers in  Mariaville Kindergarten.  Both of us benefited much from the session and upon our return to Ipoh we shared our experience with the rest of the staff in Mariaville.

This was then introduced to our catechism children once a week. The CD entitled “My Happy Heart Sings” was of great help in our guidance of the children.  The basic steps of sitting down, sitting still, sitting upright and closing your eyes were easy for the children to follow . They were also taught to say a sacred word which they keep repeating during their silent time.  We noticed that the children became more relaxed.  At times we would play the CD and let the children imagine a walk with Jesus.  At every catechism class, as soon as we turned on the CD, the children would automatically remain silent and close their eyes. We knew the children were enjoying the meditation as it was their special time with God.

In January 2012 Sr. Dorothy spoke to us after attending an Inter-faith meditation seminar in Singapore, also led by Fr. Lawrence Freeman.  The theme centred on the contemplative dimension of each faith.  She shared her experience and added that she felt confident and more comfortable now about extending this meditation to all the 450 children in the Kindergarten.   A few key teachers with experience in Christian and Hindu meditation were briefed and prepared as prayer leaders.  And so, in February we introduced  “Quiet Time”  to all the children who are of different faiths.  When we first started, the “Quiet Time” lasted less than a minute during the general assembly on Monday, Tuesday and Friday.  On Wednesday and Thursday this is practiced in the individual classes. We used the same steps of sitting comfortably, sitting still, sitting upright and closing their eyes. No sacred word is used but instead we ask the children to focus on their breathing. To get the children started we play some soft music of sounds of nature. Initially both staff and children felt a little odd, but anyone walking into the hall during Quiet Time now would be pleasantly surprised to see and feel a certain degree of peace and quietness despite the big group of 4, 5 and 6 yr old children gathered together. Most of the children are quite serious about the Quite Time!  But of course you might have to stifle a smile when you see some children peeping at friends or with eyes wide open observing others and some whispering to their friends. This practice of Quiet Time has also had a positive effect on the children.  The Teachers notice they seem to be much calmer though still playful. 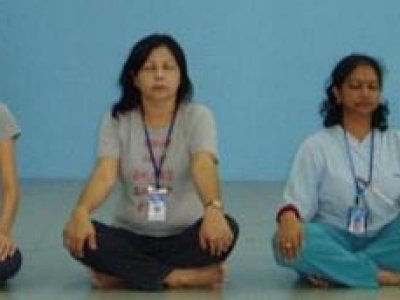 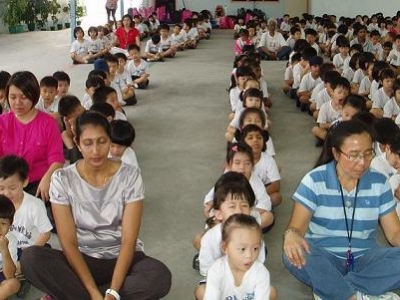 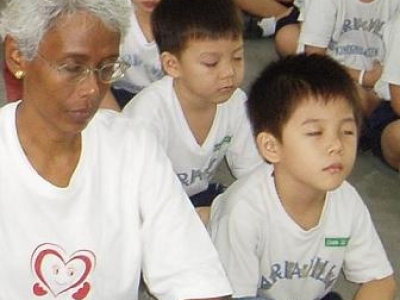 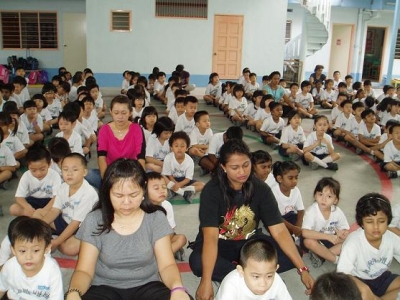 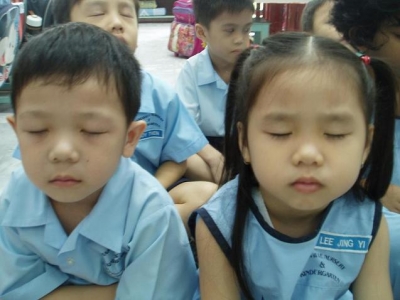 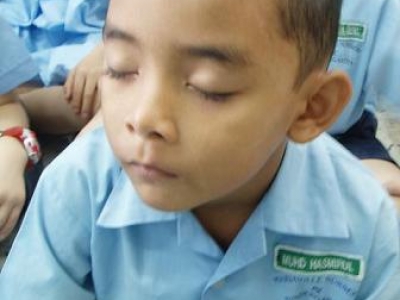 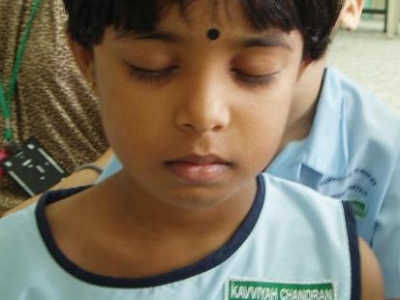 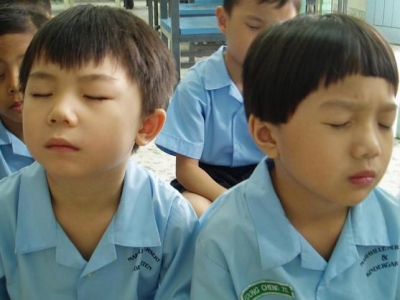 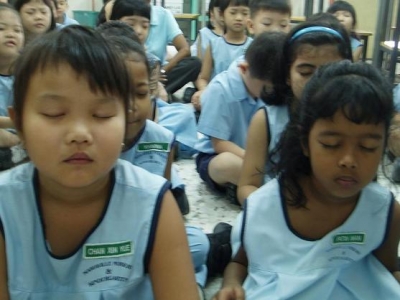 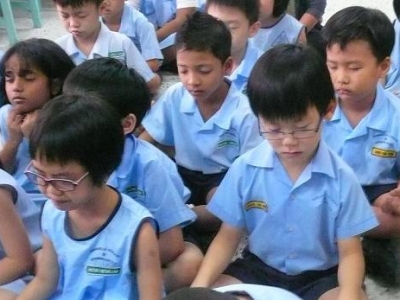 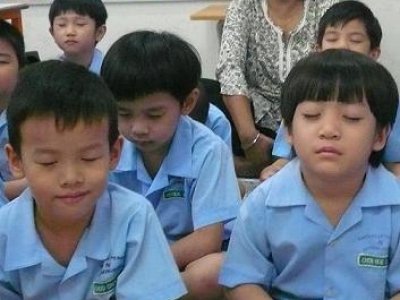